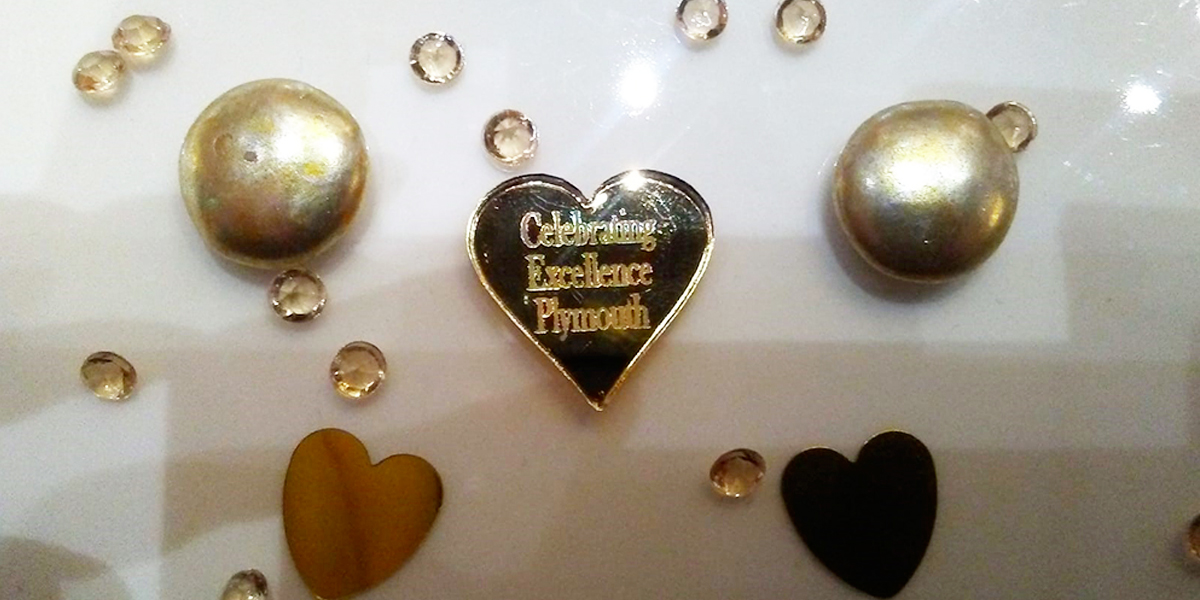 Ricky and his team win Best Team in Plymouth 2018!

We are over the moon for Ricky and his team. On Saturday night they won the Team of the Year award 2018. The award was given as part of the Celebrating Excellence in Care Awards, organised by the Quality Assurance and Improvement Team at Plymouth City Council.

It started with the nomination back in August where we dared to start believing that we might have a winning chance. We knew the great work the team was doing but we also knew the competition would be strong and the awards were to be judged by an independent panel, how would we be able to convince them?
However, we knew we had to be “in it to win it” and so we put forward our nomination for Team of the Year for the work that Ricky’s team has been doing with him around the #SofatoSweden trek. We were inspired by the story and we hoped the judges would be too.

22nd September at the Crowne Plaza the evening was upon us, where should we meet, what should we wear? We did ourselves proud though and everyone had their finest outfits on. Ricky looking sharp in his suit. We started to believe we had a real chance.

And so, it was time for the winners to be announced, a lot of worthy winners for each category and it was clear the judges had their work cut out trying to pick just one from each. The anticipation was mounting but then there it was, Beyond Limits were called out, we had won it, Team of the Year Award to Ricky’s team for their inspiring support. A fantastic moment and everyone went up to the stage and the award was presented to Ricky.

Thanks to Ricky’s team for the fantastic work they have done and continue to do. Thanks to Ricky’s family for trusting us with the support of Ricky every day. Thanks to the judges from the independent panel for recognising the work of the team and for voting for us.

And finally, the last word from the Director of Beyond Limits, Doreen Kelly, “It continues to be an honour and a privilege to do this work, Ricky’s team have proved what can be done when you dare to dream and have aspirations for someone. The work they do every day to support Ricky to have a meaningful life is incredible, I am so proud of them and delighted they won the award for Team of the Year, they really do deserve it”.