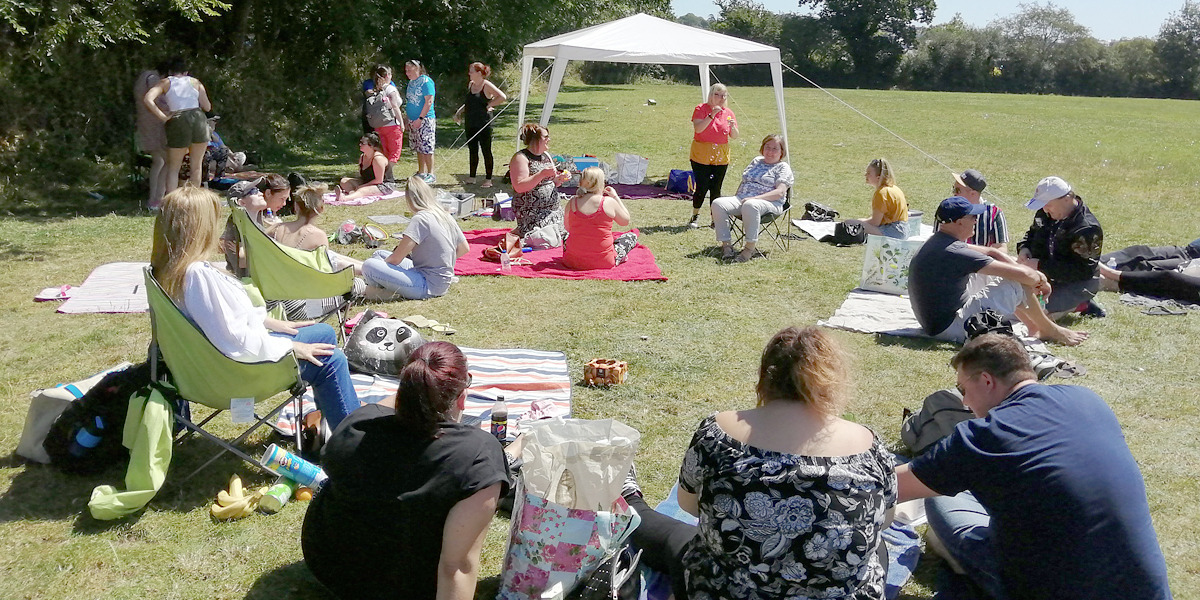 Independence day brought one of the hottest days of the year to Plymouth and a lot of staff and people we support were out in force to enjoy to it.

We invited people along to join us for our summer picnic and were really heartened to see so many people, it made for a great day and atmosphere. People heeded the warnings and were well prepared with colourful summer hats and plenty of sun cream. Hannah looked particularly well suited to the hot weather and she wouldn’t have looked out of place on the shores of Bermuda never mind Central Park! 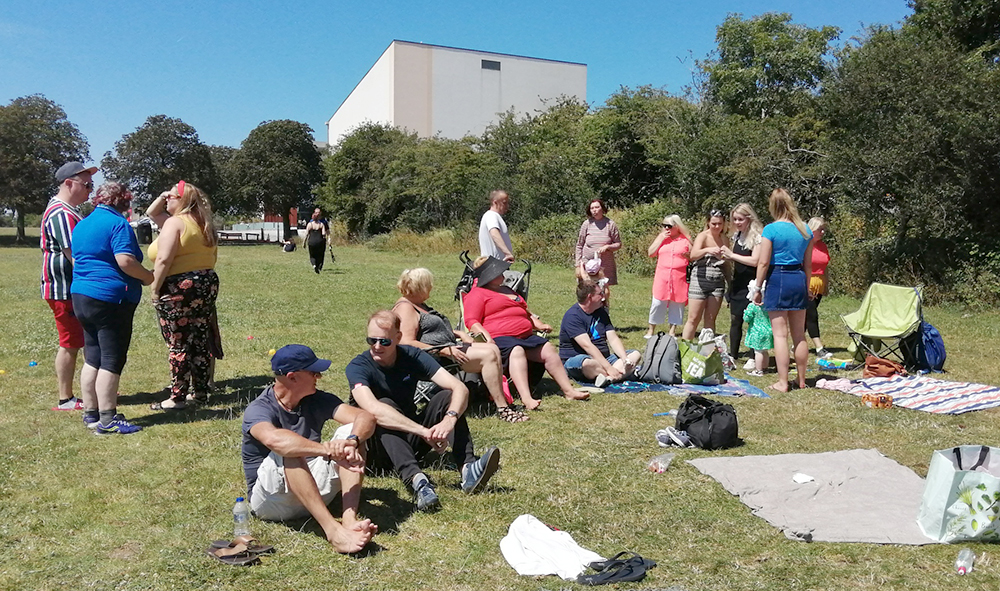 People were invited to bring their own picnics with Beyond Limits providing plenty of drinks. Camping chairs and travel rugs were quickly set up and before long we had managed to take over a small area in the corner of the park, Menna provided the shelter by way of a small gazebo, which in hindsight was a great idea. 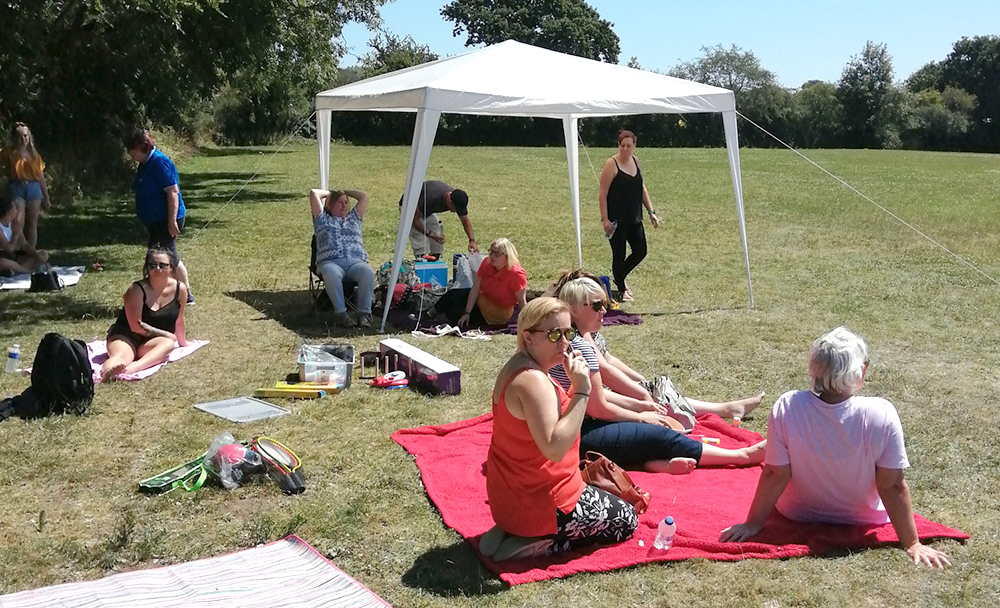 Games were also the agenda for the day and despite the heat people’s competitive nature rose to the occasion and two teams to play a game of rounders were quickly established. Gemma quickly taking control and picked out her team, Chantelle matching her and bravo we had our two teams. Everyone who took part did really well, although next time Menna you are not going in as the backstop ! Credit goes to Tom for a magnificent catch and Sarah and Michelle for some fabulous bowling. 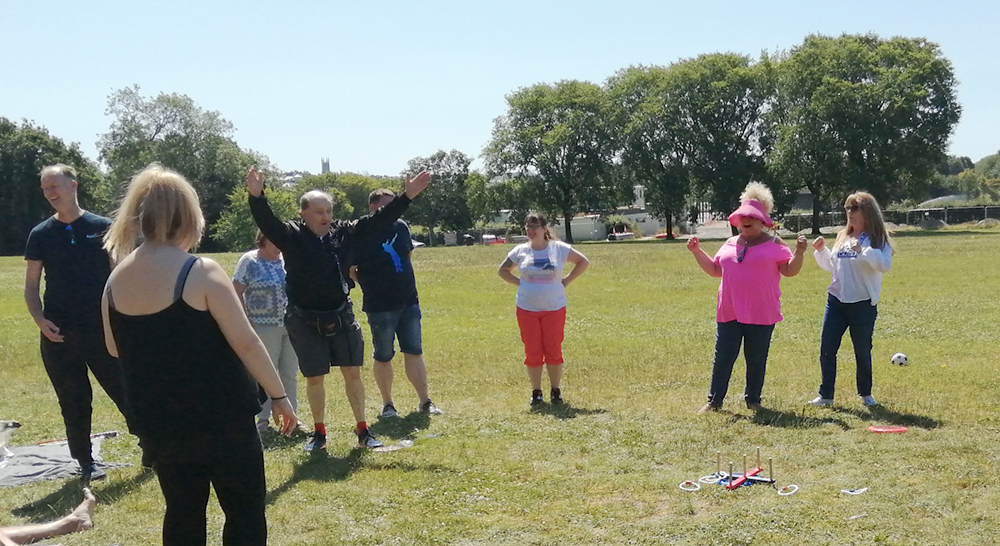 All in all it was a fabulous day with people really appreciating spending time together and agreeing that we should meet up more often. 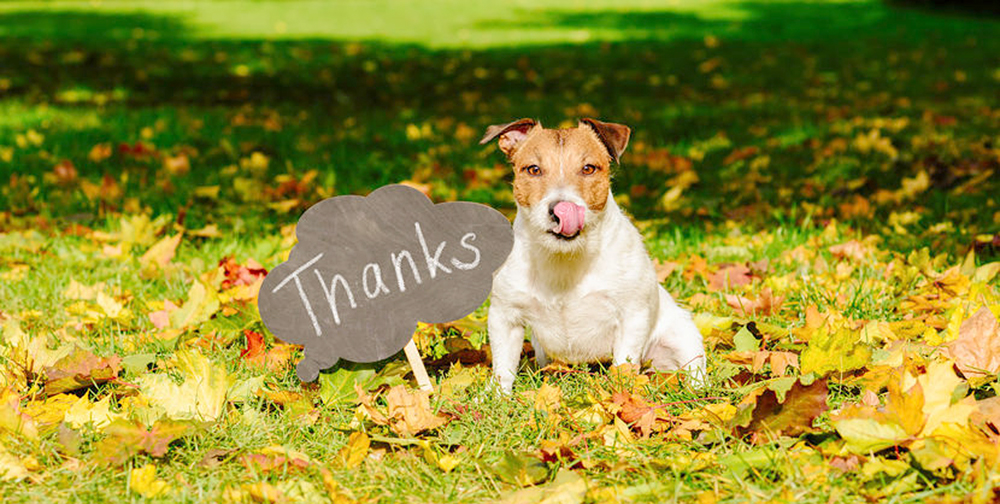 A huge thank you to everyone who came along and to all those who contributed to the organising and setting up, the whole event was an absolute success. Well done everyone.