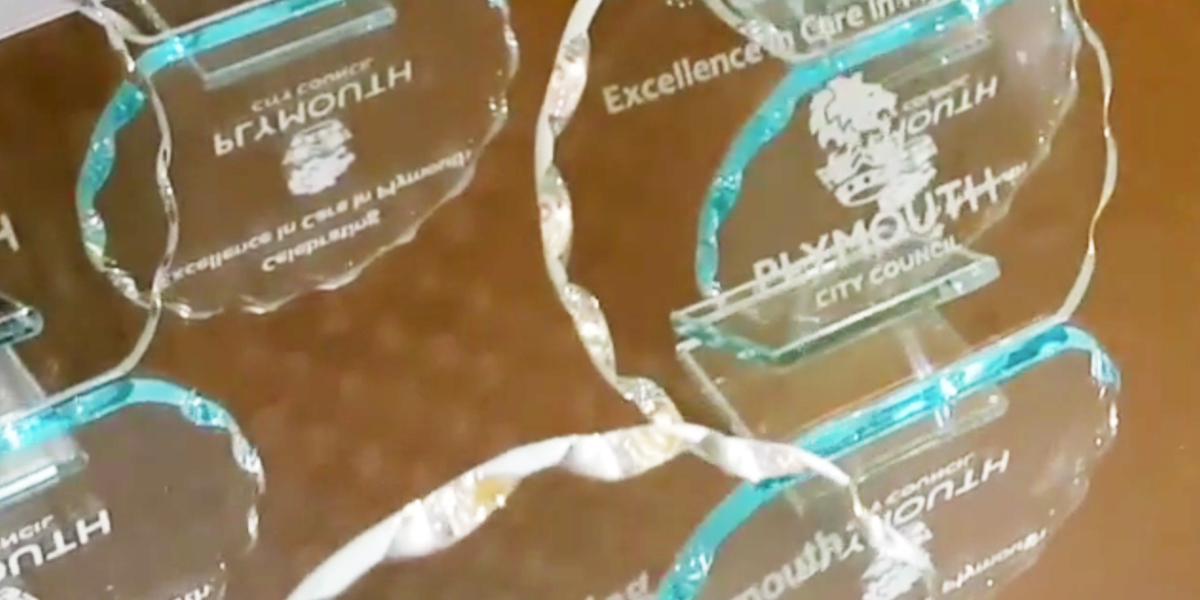 The Celebrating Excellence in Care awards are organised by the Quality Assurance and Improvement Team at Plymouth City Council to showcase and celebrate best practice across adult social care, it is a celebration of all the fantastic work taking place across the sector.

This year Beyond Limits have a nomination in the “Team of the Year” category for the work they have done supporting Ricky with his trek “Sofa to Sweden” Each member of the team has gone above and beyond to make this work for Ricky, even contributing financially to support Ricky in Sweden. 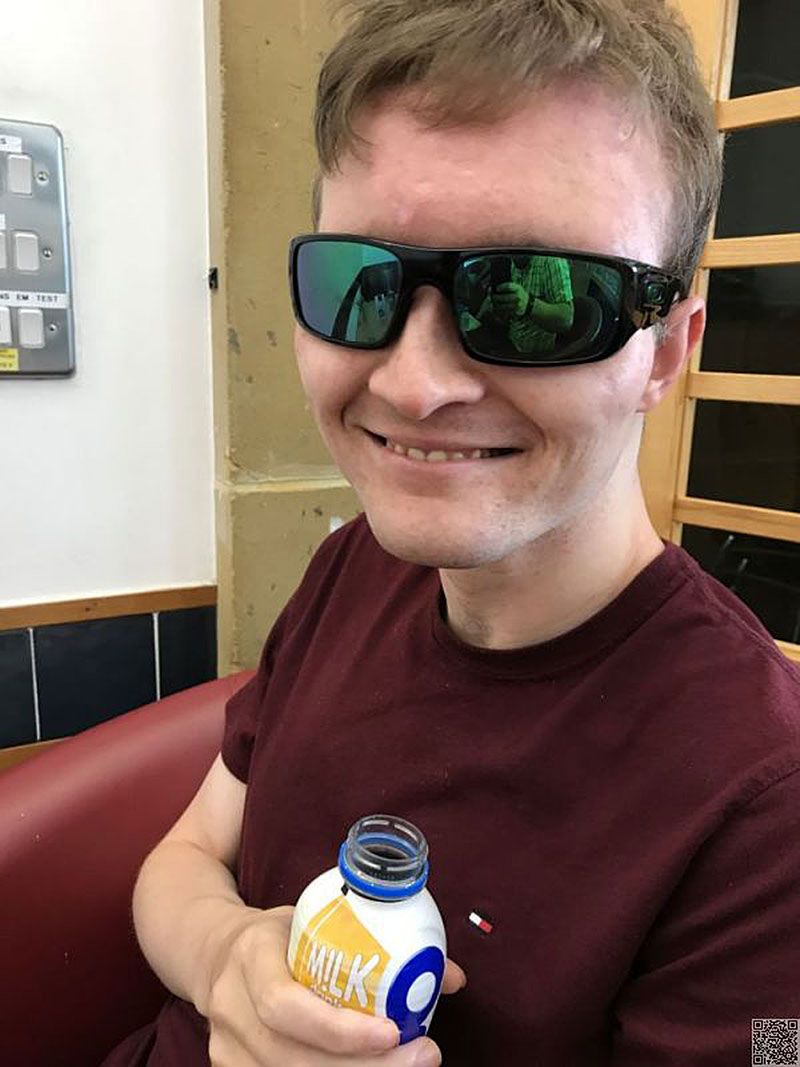 The awards are chosen by an independent panel and we are hoping they will be as inspired as we are and will recognise the hard work that that the team has put in. Taking place at the Crowne Plaza Hotel in Plymouth on the 22nd September, let’s hope we come away with the award on the night.

Good Luck Team Ricky, the whole of Beyond Limits is behind you ! 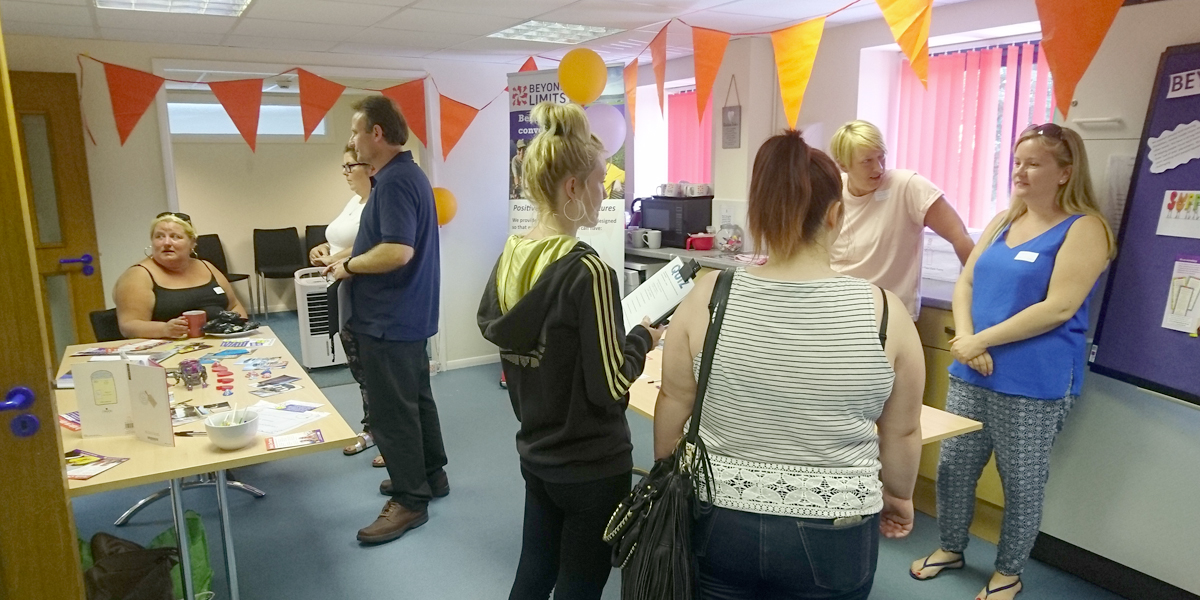 Try before you apply

Have you ever considered working as a support worker? Do you think it’s all about strict routines and rushing from one person to another, never having time to get to know a person and what they need? These things are a long way from the full story at Beyond Limits. Our support workers are making a real difference every day to people’s lives and supporting people to achieve their true potential.

We are running a series of events in Plymouth, Cornwall and Somerset to give anyone interested a much better picture of what our support staff do.

New sessions will be announced on this page…

Each event will include:

An introduction by a senior manager
One of our managers will talk about our pioneering style of support. We will explain why we are working to change the world for people with learning disabilities, mental health issues and other needs.

How our support changes lives
A person we support will talk about what Beyond Limits support means to them.

Friends and families
A family member or friend will talk about the way we work together to make sure the support is right for the person we are support.

What the job is all about
A support worker will talk about their role at Beyond Limits, some of their experiences, challenges, what they enjoy and what gives them job satisfaction.

Try before you apply dates

If you are interested in learning more about support work but can’t make the date in your area please get in touch. 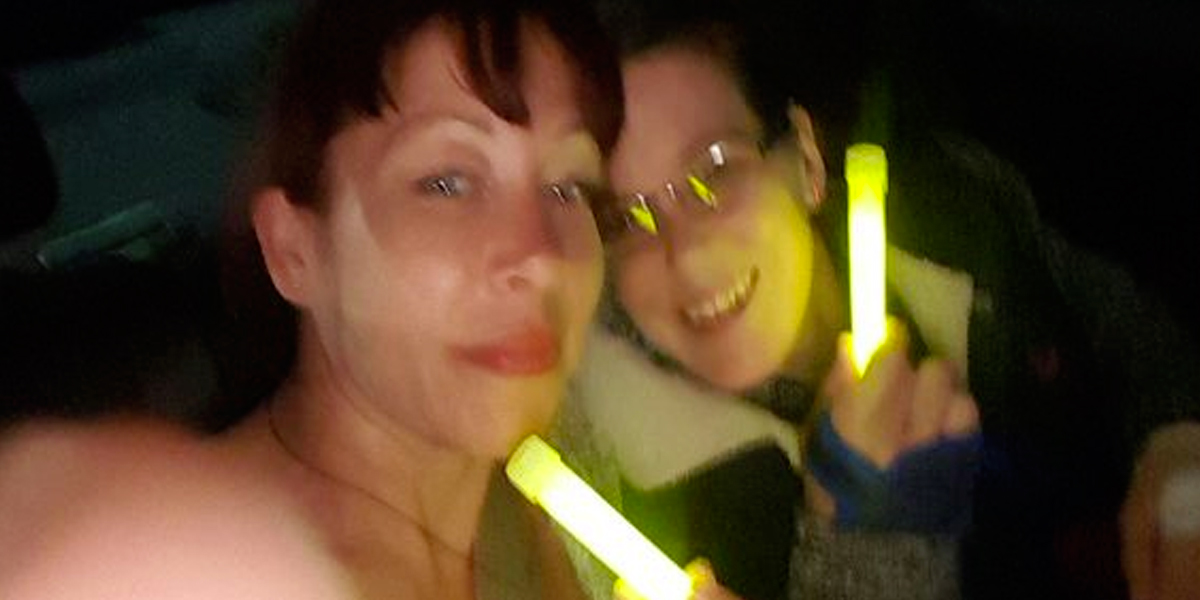 Lou spent over 15 years in hospital. In her own words “it wasn’t a home, I had to ask permission for the most basic things like using the toilet or getting changed”.

Beyond Limits started supporting Lou in October 2017 and has slowly started to get her life back. She has been fully involved in recruiting her team of staff and she is enjoying time and space in her own home, the best thing about it she says, is how quiet it is. 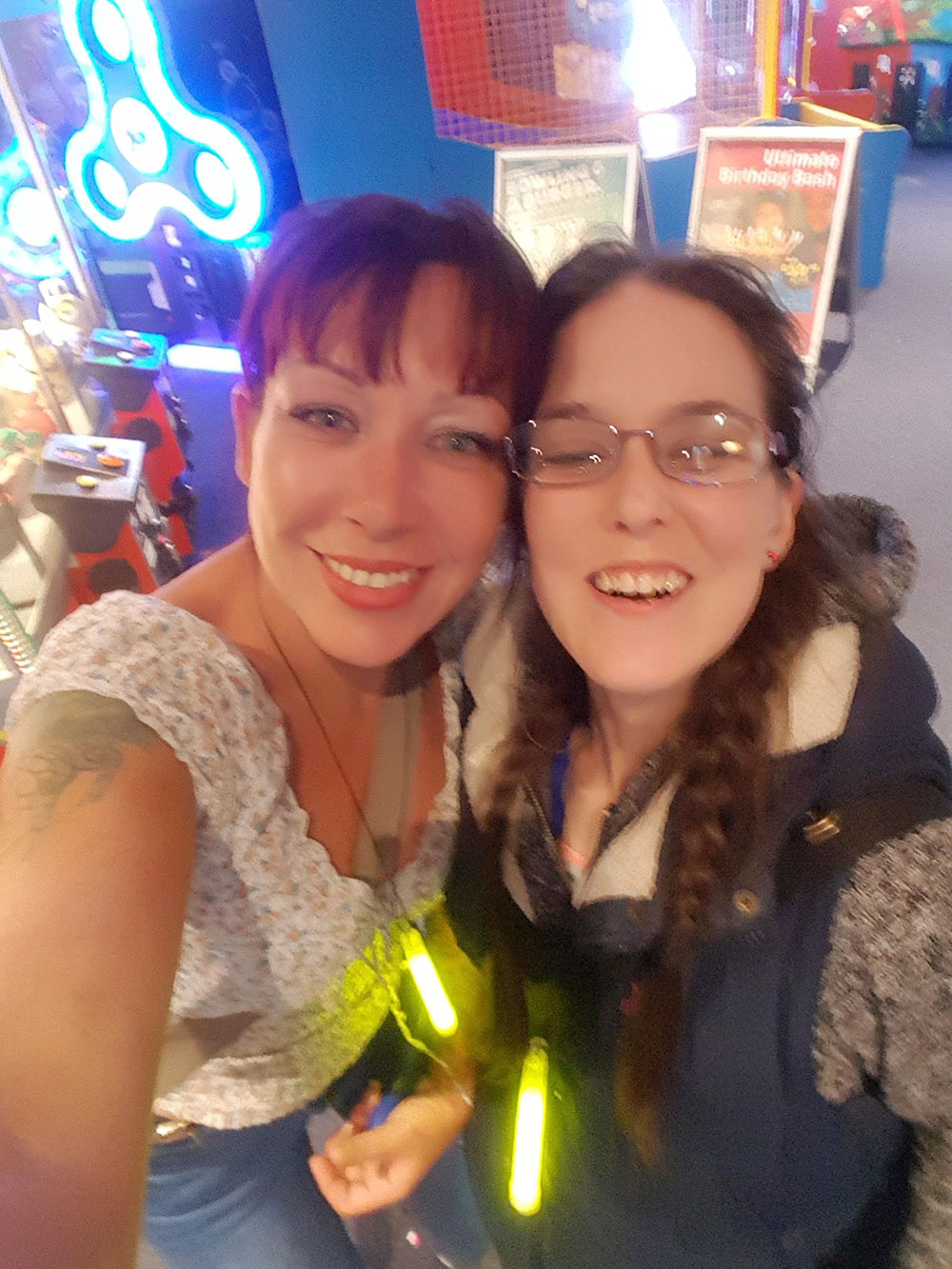 Here Lou is with one of her team enjoying some time out at the local bowling alley. 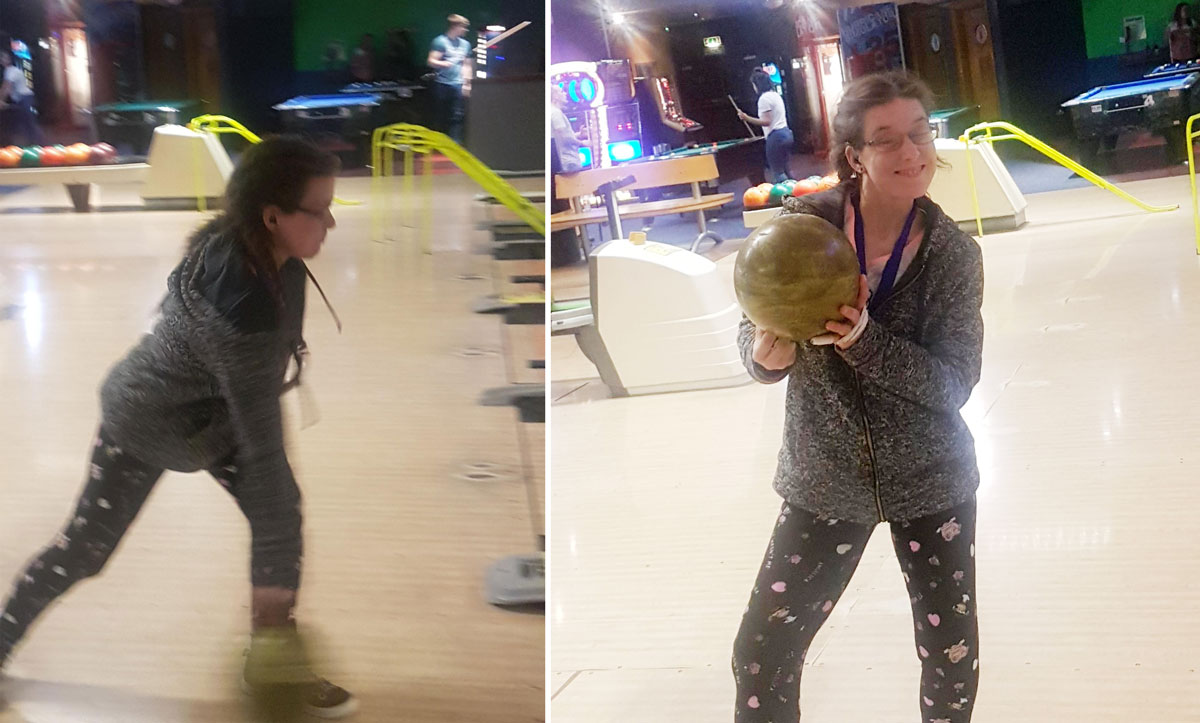 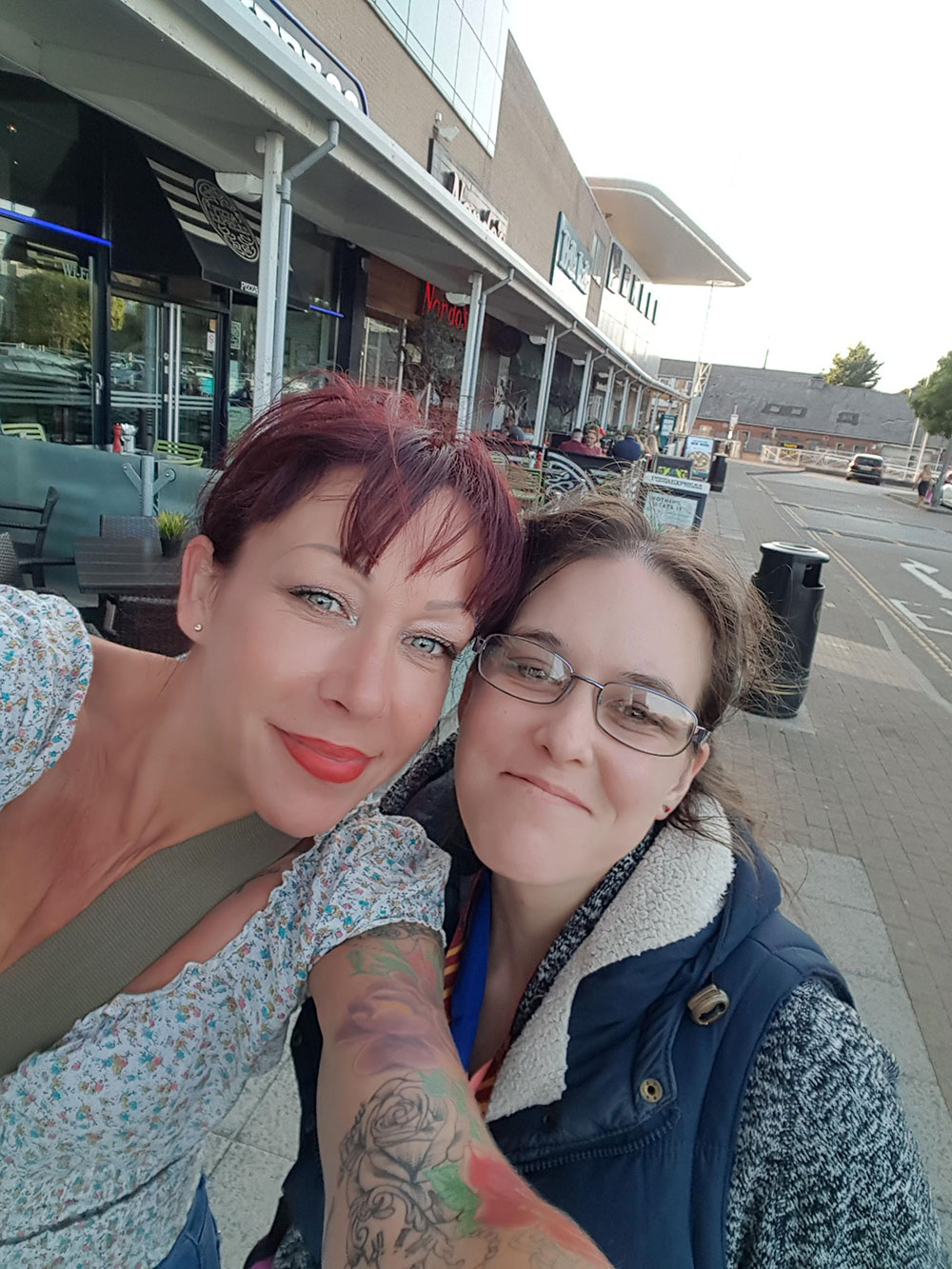 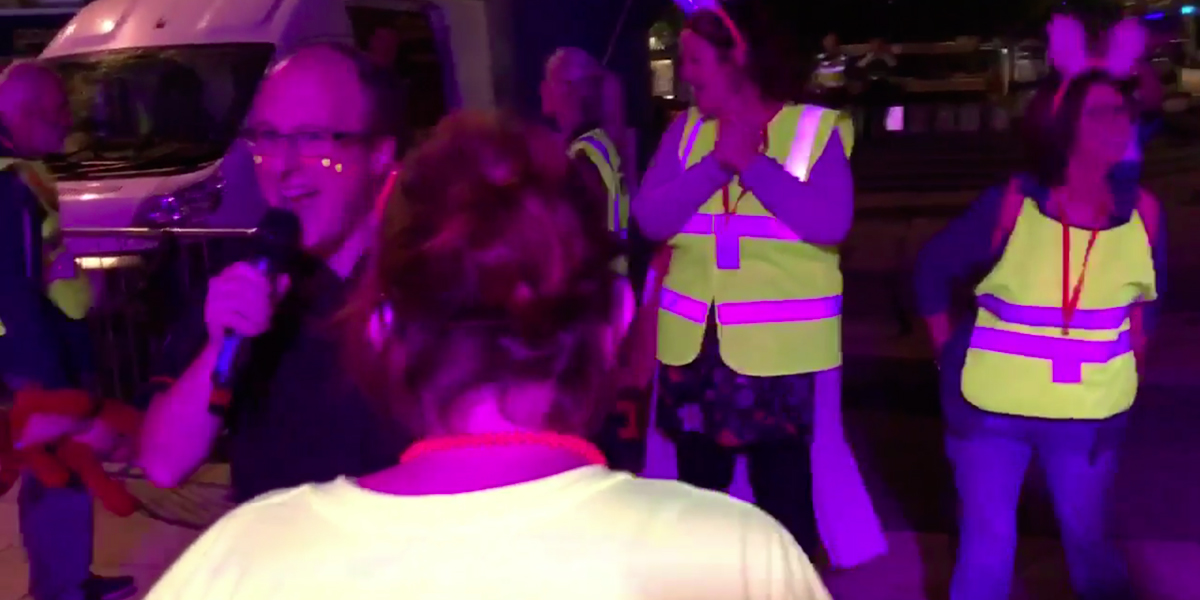 Heather volunteers at St Luke’s charity shop every Monday, she is an avid fundraiser and wanted to show her support for the work that St Luke’s do and so she decided to take part in the Midnight Walk.

The walk took place on Saturday 21st July 2018 and the theme was neon. There were lots of glow sticks and sparkles. Everyone started at the Piazza on Royal Parade, Plymouth and Heather walked 3 miles and raised £100.00 for St Luke’s Hospice, a charity that supports people with end of life care. 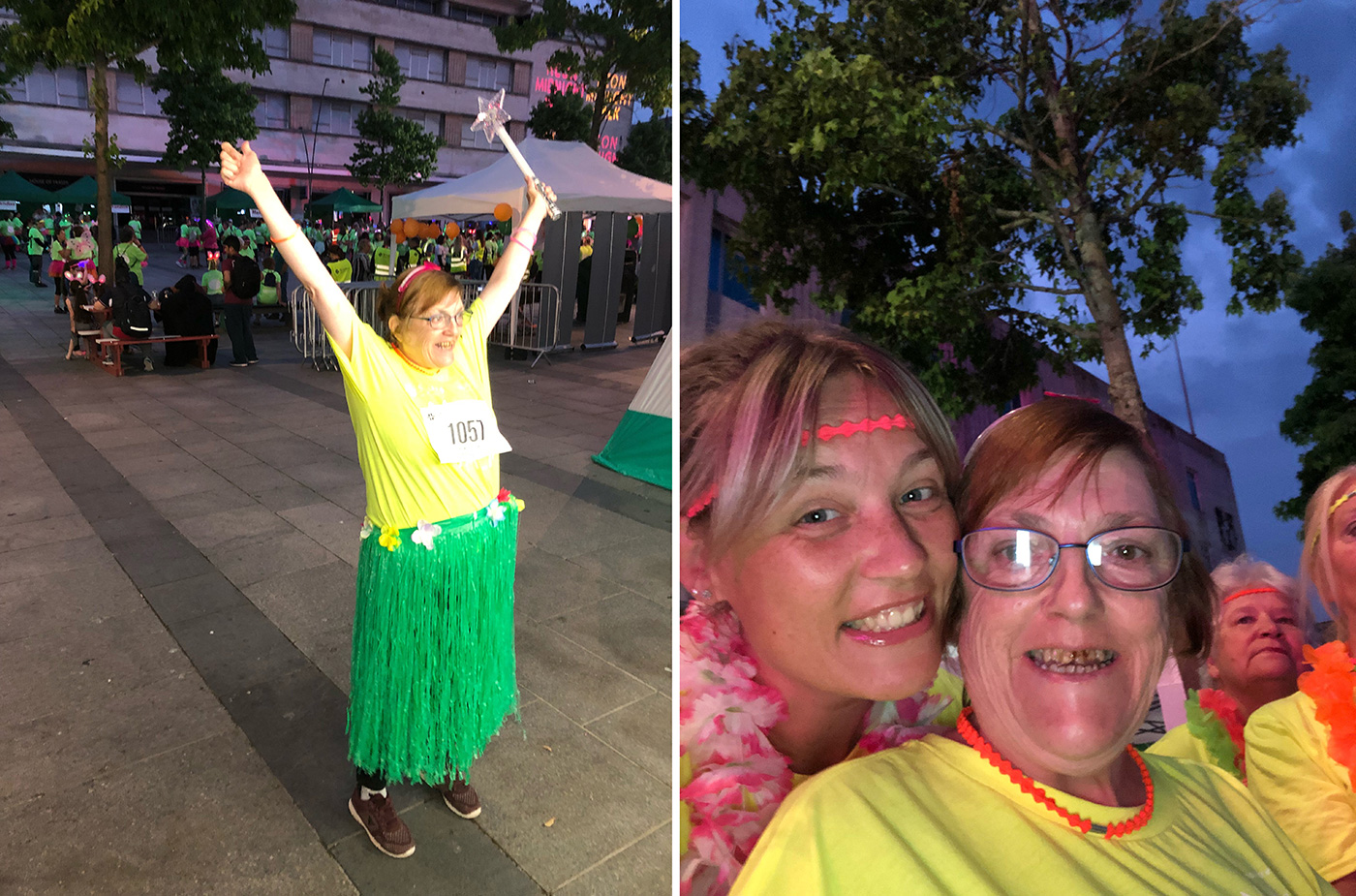 Well Done to our very own Heather and everyone else that took part, its great to give something back to others. 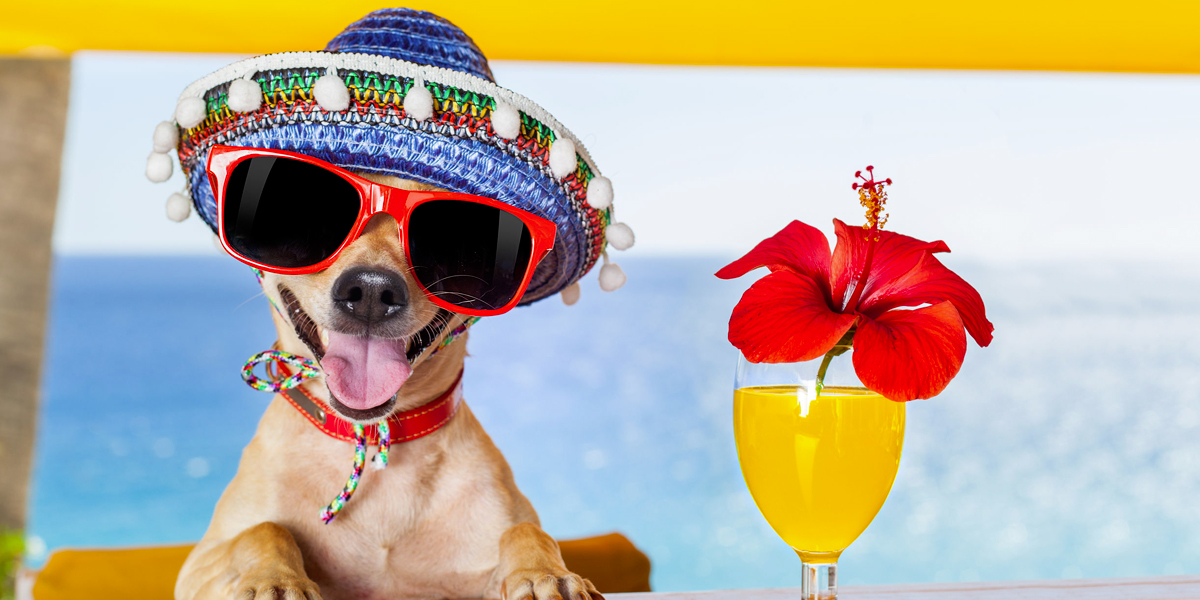 Tickets are available now from the Beyond Limits Office.
To reserve your tickets phone: 01752 546449
or Email: admin@beyondlimits-uk.org.

There’s a limited number available so make sure you get yours NOW! 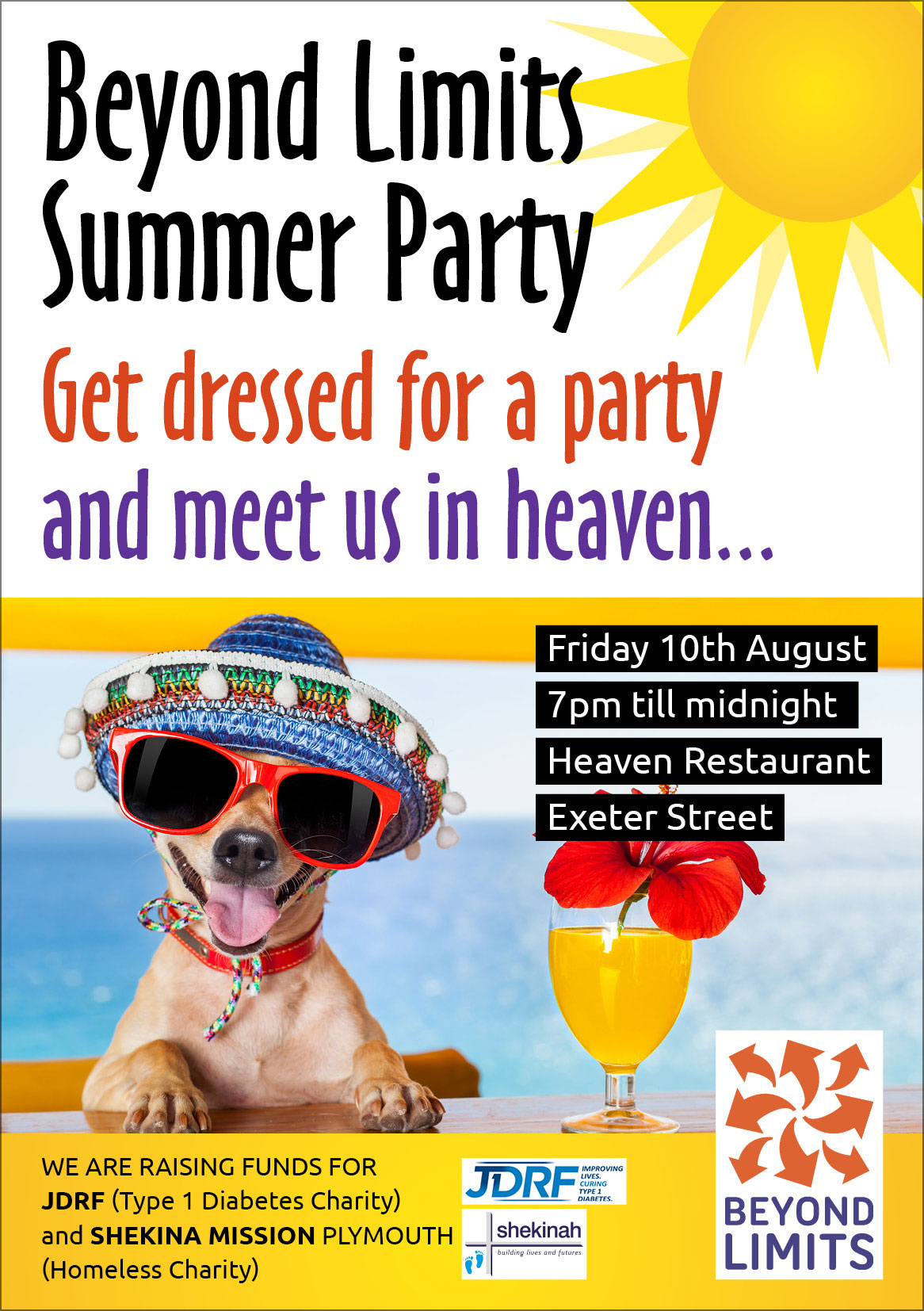 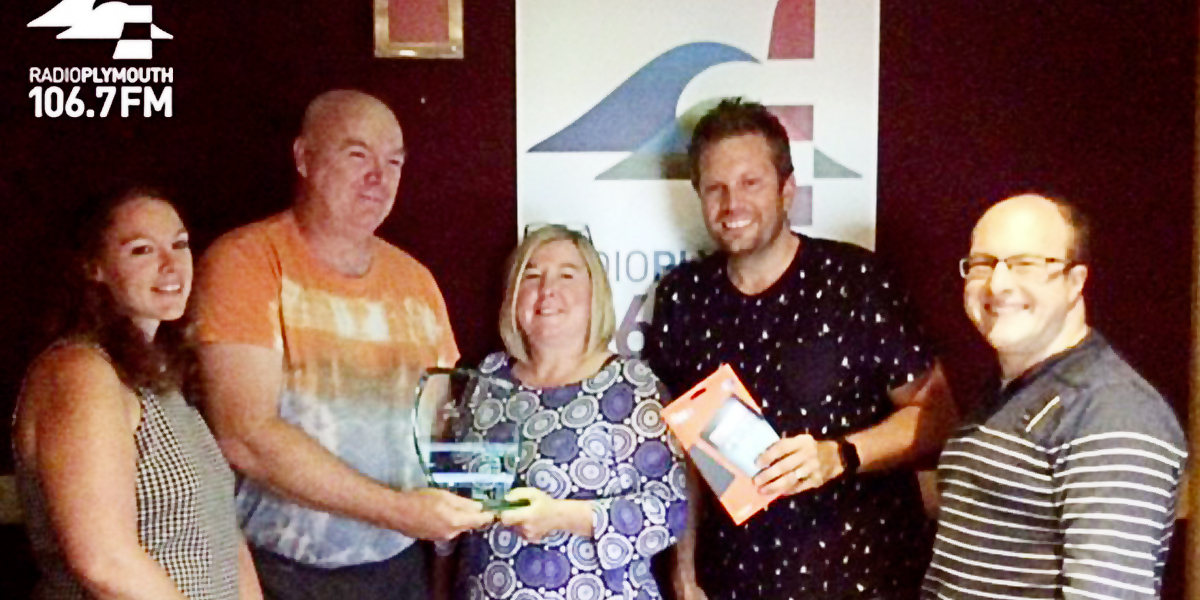 John McBride wins the Plymouth Carer of the Year Award.

Above: John McBride, second from the left, receives the Radio Plymouth Carer of the Year Award from Beyond Limits Director, Doreen Kelly, June 2017. 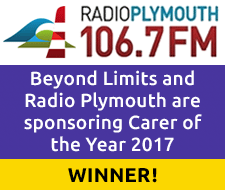 Sponsored by Radio Plymouth and Beyond Limits, the Carer of the Year Award is an annual opportunity to recognise people who go the extra mile caring for someone. Nominations are made by family members, neighbours and professionals and voted for by the public.

Below is the nomination from John’s son.

Giving up his dream job my dad has never had a day off in twenty years. As a father to four children he had to take them to school and help with homework, go shopping etc, as well as provide 24/7 care for his wife. She cannot be alone at any time and so this means he doesn’t get any alone time till night time, even then he has to be on alert, he has to plug in her machine to help her breathe. He then sleeps downstairs in his own bed as she is like a child now.

He has to walk her to the bus, catch the bus with her and take her to her group she attends with other people who have mental health issues and disabilities. He then sits with her so she doesn’t get upset, or upset anyone or harm herself or anyone else. He is always in limbo and never relaxed because he always has to be on alert of her unpredictable behaviour. He keeps her safe and protects her from the outside world. He hasn’t had a holiday, he doesn’t smoke or drink and only goes to her groups and shopping and to visit family with her in tow.

She has respite twice a year and then he is away from her for about 5 days, but can’t relax as he has his son near his home who also rings daily for emotional care. He is also then uneasy until she returns home because he then knows she is safe, as it has been known for her to be upset etc when he is not around. He has to protect her as she has the innocence of a child nowadays and can become easily upset by people.

He would love to go back to being a shipwright or working with robotics but he is so loving, through sickness and health he vowed. He cooks for her, cleans and does everything. His caring role doesn’t have a start and finish so I cannot say at such a such time he does this and that, other than the medication he gives her at set times daily. Morning, lunch and dinner time. He has to place them in her mouth and ensure she swallows and doesn’t spit them in her drink. He has had to attend to her toiletry needs when she has accidents, and therefore has to carry a bag of spare clothes etc around with him.

Through all his struggles he always put his wife and children first. He doesn’t have much money these days but would still give his last £5 to someone else if he think they needed it, be it financially, emotionally or mentally. He is the most selfless, kindest and most of all humble man I know. He probably wouldn’t believe he was even up for this nomination. He is my idol! 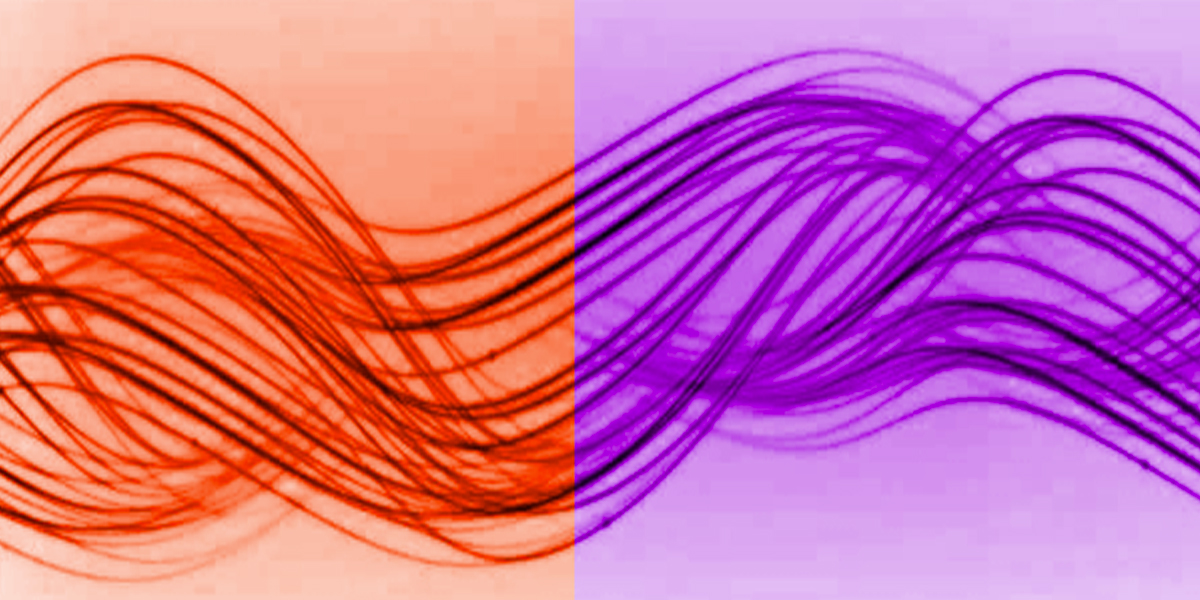 Beyond Limits jingle for Radio Plymouth

Radio Plymouth have created a new jingle for us, you can listen to it below, let us know what you think…